We are going to be covering a series of fundamentals on vaping, primarily as a guide for people starting out on their journey, as we understand that finding the right information and buying online can often feel like a sea of confusing information, full of trendy terms, buzz words and acronyms.

The aim of these posts is to make the basics as easy to understand as possible, but we will be drawing on our 5 years of experience in the industry, advising thousands of customers, each with different needs, so even if you are an experienced vaper you may just pick up a tip or two along the way.

So which nicotine strength is right for you?

To answer this question we first need to split the two main categories of vaporiser, both of which require a different answer…

Plus-Ohm vaping is a term that identifies any vaporiser/system that uses a tank with heating elements/coils with a resistance of 1 ohm or above.

If you want to understand more about resistance and ohm’s law, please read this post.

These tend to include starter kits and pen style systems, the type you will find in our starter kit or starter tank categories.

These plus-ohm tanks or systems can more simply be identified by producing a similar amount of vapour to a cigarette and are drawn from like a cigarette, pulling into the mouth and then inhaling to the lungs, unlike Sub-Ohm systems which we will come to shortly.

We have followed the same format within our company for a long time now and it’s still relevant for people starting vaping and we relate it to how many cigarettes a person smokes at the time of deciding to choosing to switch to vaping . It’s important to get your first nicotine strength right at the beginning, to greatly increase your chances of successfully transitioning away from cigarettes, don’t worry if you think it’s higher than you would like to vape in the long run, most people drop their strengths after they are confident they are no longer smokers.

0mg (nicotine-free) – If you do not smoke cigarettes, have already completely given up some time ago or are a very occasional social smoker, we always recommend 0mg (nicotine free). nicotine after all is an addictive substance. Why start an addiction if you do not have one already?

3mg – This is a very low strength for a plus-ohm system and is recommended for people smoking 5 or less cigarettes a day, or social smokers who want a light amount of nicotine when they do vape.

6mg – We recommend this low/medium strength for people smoking up to 10 cigarettes a day.

12mg – We recommend this high/medium strength for people smoking 11-19 cigarettes a day.

18mg – The highest strength that we stock (highest legal strength is 20mg, though it is now uncommon) is recommended for anyone smoking 20 or more cigarettes a day.

Use these recommendations as a guide for your first nicotine strength for a plus-ohm system and you have a really good chance of stopping smoking.

Sub-ohm vapour systems use a coil/heating element with a resistance of, you guessed it, less than 1 ohm, most commonly around 0.5 ohms. These are easily identified by the amount of vapour that they produce (at least double that of a plus-ohm system, sometimes much more) – you can find these type of systems in our sub-ohm kits and sub-ohm tanks categories.

The Smok Alien, Vaporesso Target Mini and Innokin EZ Watt kits are good examples of these.

The way you use a sub-ohm system also differs completely, as you draw the vapour straight back in a deep breath to the lungs. This difference has traditionally made them less successful as systems to transition away from smoking and more of a system to graduate to when you have given up cigarettes and want a lower nicotine strength, but more flavour and a cloudier exhale.

Having said that, with sub-ohm vaping’s popularity, we do now more frequently see people starting on these kits, so we will include some reference to cigarette smoking, though as a rule of thumb, there is far less of a direct comparison to be drawn.

You absolutely must use a lower nicotine strength for sub-ohm systems as they produce at least twice as much vapour, which means absorbing twice as much nicotine with every inhale. So logically, you would cut your nicotine strength in half and we never recommend vaping higher than 6mg in a sub-ohm system for fear of absorbing too much nicotine. Nicotine poisoning can be very serious and should be avoided at all costs.

0mg (nicotine-free) – vaping nicotine-free E-liquid is more common with sub-ohm systems than plus-ohm systems and should be seen as the holy grail of achievement with vaping. Where you reach a point where you vape for the physical pleasure and habit, but not for the nicotine. A small percentage of non-smokers also buy a sub-ohm kit for these reasons.

1.5mg – This ‘very low’ nicotine strength is offered by some E-liquid companies and should be seen as the ‘last stop’ before 0mg (nicotine-free) – it should also be considered for use by people who vape more than 10ml a day, which is totally possible with a sub-ohm system.

2mg – Like 1.5mg, this low/medium nicotine strength is far less common than 3mg, but can be found on the market. Most sub-ohm vapers will not find a noticeable difference from vaping 3mg.

3mg – This is the most common nicotine strength vaped on sub-ohm systems. Considered ‘medium strength’, It offers a small amount of nicotine which is enough to satisfy most sub-ohm vapers, without adding sharpness to the throat on the inhale, allowing you to enjoy maximum flavour and vapour production.

4mg – Another rarer strength, but still one found on the market, this medium/high nicotine strength offers another variation for those who find 3mg just a little too low to satisfy their cravings. Most sub-ohm vapers will not find a noticeable difference from vaping 3mg.

6mg – This strength is considered ‘high’ when it comes to sub-ohm vaping and is generally used by people looking for increased flavour and vapour, but that still need a decent hit of nicotine to fend off cigarette cravings. 6mg brings significantly more bite to the throat than 3mg on a sub-ohm sub-ohm system.

How will you know if the nicotine strength is right?

Vaping with nicotine E-liquid should stop you from craving cigarettes when you first start, but it shouldn’t really give you any physical effects that you are not used to with smoking. If you feel light headed, hot, sick or dizzy, you are probably ingesting too much nicotine and should adjust the strength you are using immediately.

The best advice we can give is to use the lowest strength possible that allows you to continue to avoid cigarettes. Don’t be afraid to experiment with lower strengths, you can always go back up if needs be.

It should be everyone’s aim to reduce their nicotine strength to the lowest dosage possible. We commonly see new starters with plus-ohm kits who were smoking quite a high number of cigarettes dropping within a matter of weeks from an 18mg strength to 12mg and then to 6mg after a few months, eventually dropping to 3mg after a year or so. The first few days of a lower strength can seem challenging, but after that time, your body will very quickly adjust and from that point on, you won’t be able to understand how you ever vaped the higher dosage

Making the jump from 3mg to zero is definitely tougher than any of the other drops, but will a bit of will power and determination, it’s definitely possible!

Which juice should i choose?

There is a lot of juice on the market and we have a good selection for all styles of vapers!

If you are a plus-ohm vaper, looking for an E-Liquid between 3mg and 18mg, we recommend having a look at our ARAMAX! and Zeus Juice ranges and it is definitely worth having a look through our ‘End-of-line’ Liquids for a bargain or two.

If you are a sub-ohm vaper, nearly all of our E-Liquid ranges have something for you. If you are looking for 6mg juice to vape in a sub-ohm system, we recommend looking at ‘Far’ by Element and Zeus Juice.

The Anarchist range we stock comes in 2mg and 4mg for those looking for sub-ohm liquids at an ‘in-between’ strength.

That just about covers everything for nicotine strength and we hope that it gives you the information and confidence you need to either start vaping, drop your strength or try sub-ohm vaping.

As always, if you have any further questions, feel free to Email us, Call us or hit us up on Facebook for more information. We will be more than happy to hear from you. 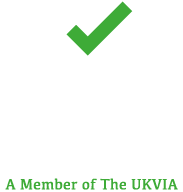 Vaping is for adults only.

Please confirm that you are 18 or over.